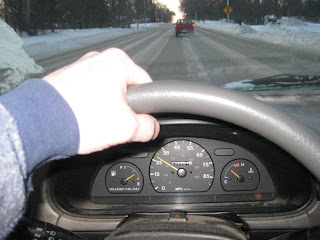 I just spent the last few days at my parents' house for the holidays. To beat some bad weather that was coming in, Essie and I decided to pack it up a day early and head out on Christmas Eve, as opposed to early on Christmas morning. The storm was promising to be a doozy, and we didn't want to be stranded away from the family over the holidays so we left early to beat the winter assault. Of course that meant an over-nighter at my parents' home as opposed to just an afternoon, and as it turned out, because of the severity of the storm, one night became two nights. That wasn't so bad within itself.

What was bad, or WHAT IS bad about staying at my parents' house is the fact that they do not have internet, and that there is not a wireless signal to be found anywhere within their neighborhood. The other pitfall is the ridiculous choices my parents make when it comes to television viewing.

Now I am a sports fan, and for the most part my parents understand this and would accomodate my request to watch any sporting event I would choose. However, my parents are not sports fans, and being the gracious guest to their house, I certainly do not expect them to sacrifice their normal viewing schedule for me. So as any gracious guest would do, I relinquished my own desires and subjected myself to the parents' schedule of normal programming.

Here is what that schedule is in a nutshell: News... Morning news, afternoon news, and evening news. In between newscasts, programming generally rotated through a cycle of the Weather Channel, afternoon talk shows, and an unusual (but moderate) selection of the embarrassing to watch programming that is on MTV. 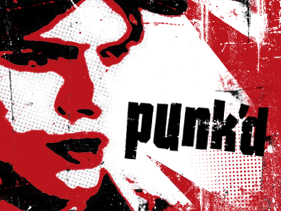 First was the marathon of Punk'd, the Ashton Kutcher-beat-his-chest-ego-drama where he puts his friends in unfathomable conumdrums, only to rescue them when the conflicts reach their highest peak, usually to a throng of bizarre group hugs and f-bomb-laced high fives.

Each episode brought a list of questions from my father.

"What kind of name is Kellis?"

Then after watching what seemed like 45 episodes of  Punk'd, and me enduring at least one such question with each episode, my father asked me the ONE question that defined the entire two-night stay... "Have you ever watched Silent Library?"

Silent Library. No I have never even heard of this show.

Suddenly we were in the midst of a new marathon. For a show I have never heard of there sure did seem to be a lot of episodes of Silent Library. This show is ridiculous... No other word could truly define it. 6 friends gather in a library and draw cards. One person draws the skull and cross bones card, and therefore is chosen to take the punishment of the round.

Now... the object of this game is to remain as quiet as possible. Afterall, the contestants are in a library. And yes, there are also normal people in the library doing normal library things, such as reading books or magazines who looked alarmed when things get out of hand... And things ALWAYS get out of hand. 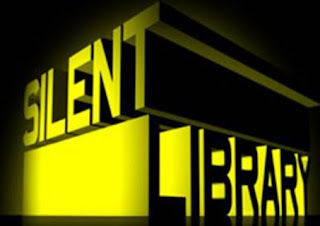 The punishment is always different at each card drawing. One never knows what the punishment will be until the skull and cross bones are drawn, and at it's revealing there are usually snickers and bouts of uncontrollable laughter, and of course the obligatory look of horror on the face of the person about to be punished. The punishments vary in cruelty, but are typically silly stunts like the team taking turns snapping a rubber band on the punishee's forehead, or forcing the unfortunate person to eat a popsicle laced with meal worms. Of course while this is going on, the boys are dancing around each other like a group of orangutans in a diabetic siezure, and can't seem to comprehend the fact that if they would just sit down and shut the fuck up, they would win more money.

Yes. They win money by "passing" these challenges which means finishing the task in the time frame indicated AND doing so quietly... As a group and as an individual. Of course this is a very rare occurance because the jackasses whom they get to be contestants aren't smart enough to just sit there silently, turn their laughter reflexes off, and collect stacks of money.

Side note: I'm sure that MTV goes out and combs college campuses to find the 6 most testosterone-filled boys that they can to be contestants in each episode of this stupid game show. Usually there is a long-hair stoner dude mixed in with a tattooed junkie, a frat boy or two, a farm boy and also typically someone who could probably be on the college wrestling team. Lots of testosterone... Lots of ego... But very few brains.

Silent Library is not for everybody, and it certainly is not for me. This experience has convinced me that in the unfortunate event that I am ever homeless, I will gladly choose the comforts of a cardboard box in a rat-infested  alley before I will seek refuge at the house of my parents.
Posted by T.Church at 12/27/2009
Email ThisBlogThis!Share to TwitterShare to FacebookShare to Pinterest

You know I guess I should say that my stay was otherwise delightful, and it was great to be stranded at Christmas with family. But it is sure nice to be back to my entertainment comfort zone.

My brother-in-law wanted to watch Jersey Shore on Christmas Eve. I would take a Punk'd marathon over that any day.

Jersey Shore... I have not seen it, but have been hearing a lot about it lately...