Can't See the Tree through the Forest dept.

There's a How-To Video on YouTube for almost everything... Yes. This is what it appears to be... A How-To video demonstrating how to shave your balls. And I do believe it's real - from the kind folks at Gillette.
Posted by T.Church at 8/31/2009 2 comments:
Email ThisBlogThis!Share to TwitterShare to FacebookShare to Pinterest

And now... A Word from the Creator

I used to blog a lot... So much in fact, it might have played a key part in the deterioration of that crazy-ass marriage I used to be in. (If I could go back and do it all over again, I would still blog, only maybe a bit more often... Or better yet, just avoided that whole marriage thing all together.) Somewhere along the line blogging became tedious to me. Immediately after "pulling the plug" on my first blog, I started to regret it. I thought that starting a new blog would satisfy that emotional downer, and while it did for awhile, it too became tedious and I couldn't keep up with it. I felt that I was in competition with myself... And nothing was living up to what I once had in that first blog... The readers, the wit and charm that made it seem successful, and the pride it gave me. So I abandoned it too, thinking I was going to walk away from blogging forever. That was almost 3 years ago, and here I am... Half way serious about it this time. While having readers would be nice, I understand that when you build something up from the bottom, that it can take some time. Still though, I wonder if there are in fact any readers at this site, or if I am writing these posts in vain... Either way, I guess it doesn't matter. It feels good to be back in the saddle and writing. I feel better now than I have for a long time, and I feel this is a golden opportunity to make a fresh start. I hope that you DO read this blog occasionally, and that if you like it, you might put me on your blogroll, or tell your friends. Any questions?
Posted by T.Church at 8/31/2009 No comments:
Email ThisBlogThis!Share to TwitterShare to FacebookShare to Pinterest

Hi folk(s). I havent disapperared forever yet... Just been busy with real life lately (work, work and more work.) I have all of next week off and hope to get to posting regularly again. Until then, hasta la vista!
Posted by T.Church at 8/29/2009 No comments:
Email ThisBlogThis!Share to TwitterShare to FacebookShare to Pinterest

Thoughts from the Random Wilderness 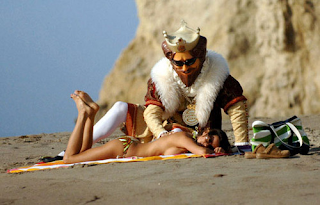 That's all for now. Maybe more randomness later...
Posted by T.Church at 8/18/2009 No comments:
Email ThisBlogThis!Share to TwitterShare to FacebookShare to Pinterest

Man... Rain delay on the White Sox game... Only game on TV. It's bad enough that I'm jonesin for baseball, and I am forced to watch the Sox. So did they have to do a tribute to Ken Harrellson? I HATE that guy. A blank screen on a rain delay would have been better than watching that imbecile drool all over himself while patting his ego on the back. I wish the Cubs were on. Update: Chris Farley's Black Sheep is on HBO. Tonight is not a total loss...
Posted by T.Church at 8/17/2009 No comments:
Email ThisBlogThis!Share to TwitterShare to FacebookShare to Pinterest

Tonight I introduced my girlfriend to an old friend. We paid a visit to Hot or Not and spent the better part of 20 minutes voting on pictures that people have posted. If you are unfamiliar with the site, as Essie (surprisingly) was, it is a site that allows one to post pictures of themselves and let the world rate their hotness on a scale of one to ten. The site then calculates your score and basically tells you just how good looking (or in some cases how ugly) you are. It looks kinda like this: 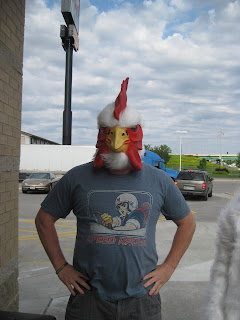 Hi I'm Gooseneck. I'm a chicken! 9.2 Out of 2356 online votes Obviously my score of 9.2 is high, and enough to stroke my ego, which in effect is the only reason I would ever post a pic of myself on Hot or Not... To stroke my ego. Meanwhile, Essie is talking about stroking my... Um... Alter ego... So I am going to end this post here.
Posted by T.Church at 8/06/2009 1 comment:
Email ThisBlogThis!Share to TwitterShare to FacebookShare to Pinterest

The Ironies of Miss Fromme 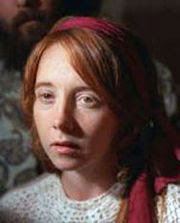 That squeaking noise is just gonna get louder...
Lynette Fromme AKA "Squeaky" is set to be paroled from prison later this month. She is infamous for a couple of reasons; the failed assassination attempt of President Gerald Ford in 1975, and for being a diligent and loyal follower of Charles Manson before and during his murderous Hollywood rampage in the late 60's.
What you might not know is that as a child in the late 50's, Fromme participated in a popular dance group called Westchester Lariats, who appeared on the Lawrence Welk show, as well as at the White House (note the irony). You might also not be aware of the fact that Fromme once tried to contact Led Zeppelin guitarist Jimmy Page after a concert in at the Long Beach (California) Arena. She claims that she had a vision that something very evil was about to happen to him and needed to talk to him to give him the appropriate warnings. The band's publicist told her to write Page a note, which she did, in length, before finally leaving. According to the story, the publicist never gave it to Page, but burnt it, unread.
Fromme, constantly under the influence of psychotropic drugs, seemed to have the heart of a flower child, but the mind of an angry anarchist. Like many hippies in the subculture of the day, she demonstrated heartfelt passion for the plight of the planet Earth, namely the Redwood forests and the oceans. But unlike most peace loving kids of the time, she was known to carry weapons with the intent to use them, and had associations with known murderers and the White Aryan Brotherhood.
Before being sentenced to prison for her role in Ford's attempted assassination, U.S. Attorney Duane Keyes recommended strong punishment for her because she was "full of hate and violence." Fromme's reaction was to throw an apple at him, splattering it against his face and knocking his glasses off.
Drama seemed to follow her in every step of her life. She made absolutely no attempt to show compassion or remorse for her actions or those of her friends, often engaging in extreme behavior as she battled her demons.
In custody, Fromme was moved Dublin, California to a Federal Prison Camp in Virginia 1979 after she attacked a fellow convict with a hammer claw. Subsequently, she managed to escape in 1987 in a desperate attempt to reunite with Manson. She was captured just a couple of days later two miles away. The interesting note to this story is that the person she attacked in the California prison was none other than Julienne Busic, one of the hijackers of TWA Flight 355, whom like Fromme was a "follower" who's actions were associated with murder, but was never deemed directly responsible. (Another irony.)
Since her escape attempt in 1987, Fromme has been housed at a high security prison in Texas. She is scheduled for release on August 16. Society is about to take another turn for the worse.
Better batten down the hatches. The apocalypse is near.
Posted by T.Church at 8/05/2009 No comments:
Email ThisBlogThis!Share to TwitterShare to FacebookShare to Pinterest

I bought The Blues Brothers; The Definitive Collection this weekend. 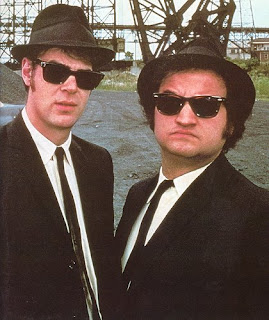 It's the best nine dollars and ninety-nine cents I have spent on music perhaps EVER.
Posted by T.Church at 8/02/2009 No comments:
Email ThisBlogThis!Share to TwitterShare to FacebookShare to Pinterest
Newer Posts Older Posts Home