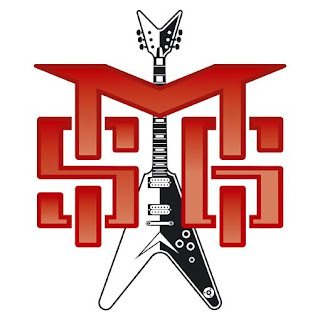 When I was in junior high in the early '80s, all the kids were listening to pretty much the same rock albums.

There were a few of us however, who dug even deeper into the vein, and had albums by  the likes of T.Rex, Dio, Iron Maiden, Deep Purple, Yngwie Malmsteen, Rainbow and UFO.

I was a huge UFO fan while in junior high and high school. When I was 15, I picked up a used vinyl copy of UFO's Flying for a couple of bucks at the old Archives Records store in Des Moines. To this day, it remains one of my favorite rock and roll albums.

Like many teens of that era when I fell in love with a band, I was prone to taking my weekly paycheck and buying as many albums from that artist that I could find. I would always buy from the used record bin, as the selection was always decent, the quality was good, and the albums were about half the price of the unused copies. The problem with finding UFO albums, at least at Archives, was that there weren't many available in the used record section.

Then one day I got lucky. There in the used record bin was a copy of  UFO's third album, Phenomenon. I bought it and eagerly took it home and placed it on my turntable. It sounded nothing like the spacey and psychedelic Flying. It had a much sharper edge to it and the songs were structured, not loose and trippy. The comparison was night to day. While Flying was a sonic acid trip, Phenomenon was more of a rock and roll album, and one of my first introductions to British heavy metal. As I read the liner notes on the back of the record, I realized that there was a new guitarist/song writer in the group... His name was Michael Schenker.


I was amazed that one person could have so much talent and influence that they could change the entire sound of a band. Of course I became an instant fan. I sought after anything I could get my hands on from Michael Schenker including records from the Scorpions and UFO. I also became a huge fan of the Michael Schenker Group, a band formed in 1979 after he left UFO. Very guitar oriented, MSG was perfect in the eyes of a young impressionable rock and roll fan such as myself who was overflowing with teenage angst. His guitar riffs were unlike anything I had ever heard before.

Michael is considered by many to be a living legend, and the list of people and bands he has influenced over the years is long. A few people on this list are Kirk Hammett and James Hetfield (Metallica), Slash (Guns and Roses), Adrian Smith (Iron Maiden), Michael Wilton (Queensryche), Dave Mustaine (Megadeth), Paul Gilbert (Mr. Big), Andy LaRocque (King Diamond), and Eric Peterson (Testament). There are many more.

In 2008 he earned a spot on Guitar World magazine's 100 Greatest Heavy Metal Guitarists. It's a high honor to have him be a part of the Bigfoot Diaries.

1.Reportedly, you were 11 when you played your first live gig with The Scorpions. What memories do you have of that night?

Yes, I was about 11 and had already developed quite a bit. I think the Scorpions were only one year old at the time. My parents wanted to go to see them play and took me with them. I was asked if I wanted to play one song with them. I think it was a Shadow song (instrumental). I think it went ok.

2. Who were your major guitar influences when you were a kid?

From nine 'til 13 it was anything on the radio from Shadows to the Beatles to the Stones etc. When I was 14 and I heard the first real distorted guitar solos that’s when I got realy into it. My favourite guitarists were people like Jimmy Page, Jeff Beck, Eric Clapton, Leslie West and many bands with distorted sounds.I liked Rory Gallagher, Wishbone Ash, Johny Winter, Deep Purple, Black Sabbath, Led Zeppelin and on and on.

3. Your tenure with UFO has been described as "turbulent," despite you being the main song writer of the band during that time. What would you say caused this turbulence, and what was the final straw that made you leave the band after "Strangers in the Night" came out?

There was not much turbulence as far as I remember. I was never hanging out with anyone. I was there to do music and that's all I focused on. I only remember Phil (Mogg) fighting other people a lot and one day I told him if he would ever hit me I would leave. He hit me (I guess he wanted to find out) and I left.


4. You are the younger brother of Scorpions guitarist, Rudolf Schenker. What was it like growing up in a household that produced two of the greatest guitar players in the world?

My parents were very supportive. My brother kept them on track. All in all we were all very much music lovers but Rudolf being six and a half years older, I did not really get to see much of him until we played together in the Scorpions for two years. Then I moved to England. So all in all we are kind of strangers to each other.

5.What can you tell me about when you auditioned for Aerosmith in 1979 after Joe Perry split, and then for Ozzy Osbourne's group after the death of Randy Rhoads? What were the reasons for you not taking those jobs?

In '79 I believe it was Peter Mensch who asked me if I would want to jam with Arrowsmith [sic] to see if I liked joining them. I went to New York but everything was pretty much out of order. So we never got to play but later when Steven (Tyler) got sick I rehearsed with Joe Kramer and Tom Hamilton for my solo album.

In around '81 Ozzy Osbourne called me up in the middle of the night telling me that Randy had just died and asked if I could help out. I was in the middle of pre-production with Cozy Powell and Graham Bonnet. It was bad timing but on the other hand, Arrowsmith, Ozzy Osbourne or any other band with history was not good for me. It would always mean that I would have to learn other guitarist's riffs. And that was not what I wanted. I was born to create and invent.


(Bonus Question): You will be playing the Hoyt Sherman Theater in Des Moines, Iowa on October 28th with Leslie West and Uli Roth. What can we expect at that show?

This is one of it's kind. Leslie, my guitar hero and Uli who replaced me when I left the Scorpions and did five albums with them, all together on one stage touring together after all these years is something very special. I will be promoting my new album Temple of Rock and I will be playing all my highlights from the Scorpions, UFO, and MSG. We all play out individual set and at the end, Uli, Leslie, and I will play together. Should be a great event.
Editor's note: Just a few hours after this interview was finished, the show at Hoyt Sherman got postponed, though there isn't any word on when it will be rescheduled. It's been reported that there are some issues with the health of Leslie West, though this couldn't be confirmed.

When emailed about the tour, Michael responded almost immediately. "The tour as been postponed. What will I be doing now that the tour has been postponed? I am trying to figure it out right now."


UPDATE from the Michael Schenker News and Tour Information Blog: Los Angeles --- Michael Schenker, Uli Jon Roth and Leslie West have been forced to postpone the 3 Guitar Heroes tour that was set to commence on October 6 in Norfolk, CT, due to insurmountable travel issues. When faced with securing a viable path for West1s travel while still confined to a wheelchair, the search for a vehicle went on for months, and it has been called off. Last week, West was fitted with a prosthetic leg, but it will take months before he is able to live a normal life with the appendage, and there is no way to tour at this time without the security of the wheelchair he has been confined to post-amputation.