It's Saint Patrick's Day. I didn't feel like honoring an Irish dude. Instead I'll do the stereotypical drunk. After long thinking, I realized who my favorite drunk is... Uncle Waldo. 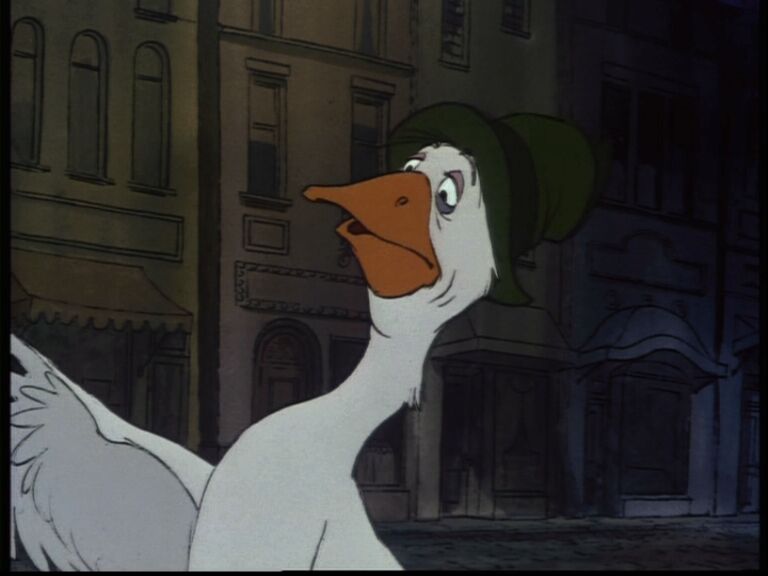 I hate new Disney movies to the max. CGI killed Disney for me after Monsters Inc. So there is nothing I love more than an old skool Disney movie. My all time favorite is The Aristocats. If you haven't seen this masterpiece, its pretty much about some millionaire's cats who got kidnapped from the butler himself cause he wasn't on the old lady's will but the cats were getting the big bucks. So then a big adventure happens. On their adventure home they meet two geese who help em out. They tell em they're going back to France so they walk together cause the geese need to meet their Uncle Waldo. The scene starts with a shadow of a goose running back n' forth from a cook whose probably trying to kill him. The hair on his tail is missing and he's drunk as a mofo. Here I present to you the only main scene he comes out in.

He comes out again at the end (still drunk) singing with the cats. Sadly the dude who played him died after The Aristrocats so this was his last film. I just found out Uncle Waldo does a cameo in Mickey Mouse's Christmas Carol so I gotta check that out. Show this movie to your kids. They'll love it as much as you do. Uncle Waldo we salute you.

Posted by TurtlexBoy at 3/17/2011
Email ThisBlogThis!Share to TwitterShare to FacebookShare to Pinterest

My kids love this flick, they called it Meristacats for the longest time. Waldo's good, but I love the almost insulting stereotypes portrayed in Scat Cat's band. Too funny.