It's been said that it's a long way to the top if you wanna rock and roll... And Ron Underwood is still paying his dues.

This seasoned rock and roller is only 29 years old, but has been a part of the national music scene for several years. You might have caught him with his band Opiate for the Masses as they travelled on the Taste of Chaos tour in 2005, or with Filter in 2008. Or perhaps you were lucky enough to catch him singing with Beezlewood... An alternative rock / dance electronica band that brought so much sexual energy to their shows that it made the Arizona desert where they came from seem icy in comparison. Both of these bands are essentially now extinct, or at the very best, on indefinite suspension, but Ron isn't slowing down. Plagued with a career that has had more highs and lows than the streets of San Fransisco, Thunderwood hasn't missed a beat in his quest for rock and roll world dominance.

His newest project is 9 Electric and they are just beginning to make a ripple in the Los Angeles music scene. It won't be long before this band (who is currently being produced by Mikey Doling) starts to make itself known on an alternative radio station near you. They are raw and powerful... Check out the trailer to "Destroy As You Go" :

As you can tell, this band isn't short on energy... Which makes the name 9 Electric seem quite appropriate. The release date for the 5 song Ep hasn't been revealed yet, but as soon as it is, The Bigfoot Diaries will let you know. What we do know is that this band is producing music at an extremely high level, and the next logical step in the transition of rock and roll includes bands like this who can provide a danceable electronic edge to the already mundane alternative sound that plagues our radio waves today. Batten down the hatches folks... There is a new wave coming.

1. What can you tell me about this new band, 9 Electric?

9 Electric is a hard rock outfit with a dancey/party vibe. We just recorded 5 tracks w/ producer Mikey Doling (guitarist of Snot and Soulfly and most recently the Belgian supergroup Channel Zero). To give you an idea of the sound, Wayne Static from Static-X sings a song w me called 'Destroy As You Go'... I'm a name-droppin motherfucker hahaha! This band is a conglomerate of those bands, influence wise, and it's like metal club bangin' tunes. Like the sound of two hot lesbians giving Andrew W.K. another nosebleed. Party!


2. Before 9 Electric, you were in Opiate for the Masses. What events led to the break-up of that band?

After our last tour (with Filter, summer of 2008), Jim had to deal with some tragic events and had urged me to go on without him. He was the only other actual member in Opiate (Seven Antonopoulos and Anna Kjellberg were hired guns) and I really didn't think there was time to replace him before we went back out to support our record 'Manifesto'.

We had a song climbing the radio charts called 'Burn You Down' (reaching top 40 that week, I think) and we basically had to pull out of some radio shows. That had a huge political backlash. I was told by our manager that we had more or less been blacklisted from radio for not following through with our obligations. A decade of work came crashing down from a few small events. It was a real bummer, but I'm so stoked to be working again now with this other band.

3. Life on the road is absolutely crazy at times. What is life like backstage at an event like the Taste of Chaos tour, and what are some of your best and worst memories from all your years of touring?

Yeah, the road is nuts. Every night is a Saturday night, but every morning is a Monday. Straight up. One time my drink got spiked with wayyy too many micrograms of acid just before sound check. Not very funny- I couldn't even stand up and my whole band was yelling at me 'cause they thought I had done drugs on purpose. They played the show without me, with Jim singing.

It was horrible, and to make things worse, the guys from that band Ill Niño took me up to the mezzanine to watch my own band and were sayin' things like, (in a Brazilian accent) "look, man, that's what happens when you leave your boys high 'n' dry". I was pissed, (and trippin balls) so I started heckling my own band during the set...I was like, "old singer was better, dude!". It's hilarious in hindsight, but nobody believed me until some roadie admitted to the prank years later. I really thought I was gonna die for a couple days. What a butthole hahaha!


4. You and your bands have so far kept under the radar for the most part... Is that intentional, or would you be accepting of taking a more prominent place in the limelight?

I guess that kind of thing is never fully in anybody's hands at the individual level. Social phenomena are only based on probabilities and timing- there's no sure thing until it's occurred, like quantum mechanics. Yes, I would love to be in a more prominent spot, and I will be. I really think my time is coming. But all that does is broaden your sphere of influence, so hopefully I have something real to say at that point, before I get too jaded or begin to think my shit don't stink. That rhymed.

5. In a perfect world, Ron Underwood will be doing what in ten years?

I think that 9 Electric will be a household name by then...also, I'm really into the arts in general- I'd like to get more involved in film, not just the scores and soundtracks, which I've done quite a bit of, but the cinematography and other elements of production. So stay tuned, man... 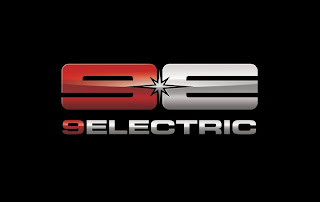 (Bonus Question): You hear so many negatives about the LA area... What is your favorite part of living in southern California?

LA is great...Hollywood gave me a career. The best and worst thing about LA is the people. That's life in general, though. Here it's just amplified. Yeah, it's loud and dirty, but so am I. It's really conducive to the type of party-based music that I'm making at the moment.

A great producer once said that the best rappers go to the streets to write. They're not just story tellers, they're documenting a time and place. This resonates in their work, and I think that the decadence that I've experienced in LA is being passed on to others through these new bands' tunes. Word.
Posted by T.Church at 11/27/2010
Email ThisBlogThis!Share to TwitterShare to FacebookShare to Pinterest