Ham and Swiss on Rye at 80 Degrees

It got about 80 degrees today.

Why is that important? It's not... But if you hang on a second, I will tell you why it matters. 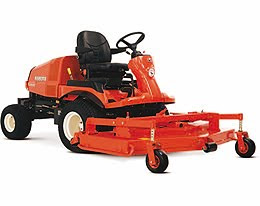 I ride a mower for a living, a Kubota 2880. It eats grass like a trucker eats apple pie. I mow for a school district, which incidentally celebrated it's last day of school today. Now aside from the fact that the last day of school is frivolous... Not necessary in the entire scheme of education... Meaning that the kids spend no time in the class room, every square inch of every field in the district was filled with children either engaged in a  game of kick ball or some other amusement. In other words, today was a free pass day. Not a single kid was in the classroom doing a writing assignment or fretting a pop quiz. School technically ended yesterday, and today was for fun and frivolity.

Mowing was a tough act. As I said, with the weather so nice every square inch of school ground in the district was filled with kids playing one game or another. So we did what we could on the most obscure areas of the schoolgrounds, but finally decided that it wasn't worth it. We mowers were basically offered a free pass, and you can bet that we took it. 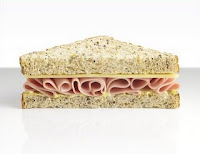 Now every day I make my lunch... Two ham sandwiches with cheese and two bottles of water. They sit in the truck for about 4-5 hours, which honestly would probably go against the health code if they were to enforce one. Especially when the weather turns hot, as it does now everyday. Today was no exception except for the fact that somebody at the maintenance shed decided that they were going to take a free day also, and do a giant BBQ for the people who could make it.

Well we had our free day... But we didn't really have the leisure of making it obvious. We tooled around as much as we could, mowing here and there, all the while just putting in our time trying to keep busy. After all, these are our tax dollars at work here. At noon, as we did everyday, we saddled up to the truck to grab lunch. The old man I work with said to put my lunch away, that his wife (who drives a school bus) was at the BBQ and was going to bring us plates of food.

Well she did. Two big pork sandwiches apiece, potato salad, macaroni salad, baked beans, and some kind of sauteed onion dish that was actually quite delicious. Also, two pieces of cake (each) for dessert.

Needless to say, my ham and cheese sandwiches sat in the truck for an extended period of time today. 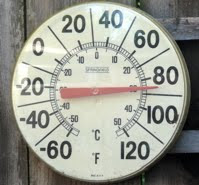 After we did our time I brought my sandwiches home. The cheese was melted, and the bread was soggy from the humidity and the heat. I hope to revive them by putting them in the fridge.
Will they be good tomorrow? We will certainly find out...
And that's why it mattered that it was 80 degrees today.
Posted by T.Church at 6/09/2010
Email ThisBlogThis!Share to TwitterShare to FacebookShare to Pinterest